GCs - are you future proofing your business?

The original blog was published on 09 July 2015 by Bruce Macmillan, Director of Centre for Legal Leadership

Brexit, the possibility of Scottish independence, corporate taxation policies, the snoopers’ charter. These are just a few of the issues General Counsels need to grapple with to keep their organisations future proof.

In just five years from now, your costs, taxes and operating models are likely to change enormously. This means there’s great potential for you to shine as a General Counsel. It also means there’s a lot of potential to get things wrong or to fail to act on in time.

With the UK on its way out of the EU and Scottish independence back on the political agenda, it’s a good idea to keep the option to review your organisation’s commitments open.

This is especially relevant to arrangements that involve long lead times and long contractual commitments such as property, IT and outsourcing agreements.

For example, if you have staff in London and Glasgow, would you commit to a five-year contract on a payroll system without knowing if it could cope with different income tax regimes in England and Scotland?

Keep on top of tax law

In the 2016 Queen’s Speech, we learned that many aspects of income tax, national insurance and VAT will be frozen for five years, though Scotland retains some flexibility. The government will raise some money by selling its shares in banks, but the rest is going to have to come from cuts in public spending and new ways of collecting tax.

HMRC will be making corporate tax avoidance and tax planning look increasingly like evasion, particularly if it’s aggressive or persistent. A future built on “tax certainty arrangements”, “reputational risk mitigation overpayments” and “tax structure simplification” is surely imminent. In which case, it’s better to change now rather than wait for new laws that could take effect with little or no time to prepare.

If this is making you lurch for the drinks cabinet, an “MI5 Martini” may be the appropriate tipple. Why? Because interception of communications is back.

As long ago as 2008, The Telegraph reported that 600 public bodies had powers to monitor private communications and that 1,000 state-sanctioned bugging operations were taking place every day. I wonder what those numbers are today.

Anything recorded audibly, pictorially or in writing on your systems is likely to searchable. So training, systems and records management are going to be important. Similarly, you’ll need to comply with record destruction policies to avoid the prospect of reviewing a million documents to prove they were redundant and historic.

Keep on top of commitments and contracts

And while you’re at it, stay on top of what your organisation does internally, is contracted to do for others and has contracted others to do for it.

This is especially true if you’re advising managers in areas where personal culpability is a factor.

Find out what’s in every contract and policy. What are the non-standard provisions? When are the review dates? What break options do you have and when does Force Majeure apply? Find out too, who, makes the decisions to trigger these options. 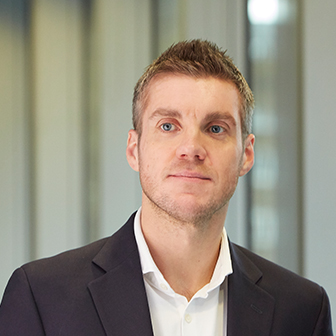 Viewpoint / Leading The Team (MxA)x(O/T)=E&S: A Formula for Successful In House Lawyers