The work of government lawyers

A round of applause for my old colleagues, the lawyers who work for the government!

Those who are involved in recruitment to government legal departments know that it is not an empty slogan to say that the work is unique, that it is of national and international importance and that it is regularly in the news. Never more so than the present.

The Coronavirus Bill was introduced into Parliament on 19 March and, after passing all its stages in the Commons on 23 March and in the Lords over the next two days, received Royal Assent and came into force on 25 March. At 102 sections, 29 Schedules and 348 pages it is a massive achievement for the lawyers who work in the service of government.

I understand that the final count was that about a hundred lawyers across Whitehall and the UK devolved administrations worked on the Bill during its preparation. This did not include the many lawyers working on emergency regulations and giving operational advice. The preparation, co-ordination and passage of the Bill was led by the lawyers in the Department of Health and Social Care, headed by Mel Nebhrajani, whom I am proud to say I helped recruit to central government service. And lawyers all across government also played their part, as a glimpse at the content of the legislation shows: health and social care; food supply; pensions; sick pay; education; powers relating to potentially infectious persons, and to events and gatherings of persons; courts and tribunals; postponement of elections; tax and credits; financial assistance for industry; protection for residential and business tenants, and more.

The very fact that legislation like this has inevitably to be rushed through Parliament when there is limited scope for corrective amendments to be made during its passage puts extra pressure on everyone working on the project to get it as right as humanly possible first time and to provide necessary flexibility for it to be amended simply and quickly in the light of experience of how the legislation is working.

There are between forty and fifty government departments, about half of them headed by ministers and half not. These latter are not necessarily of lesser importance, including as they do HMRC, the income gathered by which supports all of government. All departments are assisted by lawyers: in the case of some, by lawyers employed directly by the department; in the case of the majority, however, by lawyers provided by the Government Legal Department, the largest grouping of lawyers within government. The head of the GLD, Sir Jonathan Jones KCB QC, is also head of the government legal profession, numbering over two thousand professionals. He is also a Permanent Secretary, sitting in the very top group of officials in the civil service. A small, elite group of lawyers in the Office of the Parliamentary Counsel, headed by Elizabeth Gardiner QC, are the ones who actually draft the government’s Bills, on instructions from the lawyers in the departments.

Government lawyers provide legal advice to their departments, much of it in the public law field – domestic, European and international – but also commercial. They normally give their client departments all the advice that’s needed and only turn to counsel when litigation is imminent. Brexit has been a once-in-a-lifetime challenge for government lawyers. Coronavirus has just added another challenge.

Many of the lawyers with advisory functions will be assisting with the preparation and passage of Bills through Parliament and the drafting of subordinate legislation. This perhaps is the area of work which most attracts the description “unique”. These lawyers work closely with their ministers and fellow civil servants in departments in elaborating the government’s desired policy – it is normally true to say here that “the devil is in the detail”. This is typically an iterative process that lasts many months and requires both intellectual rigour of the lawyers and a constructive and imaginative approach to problem solving. The lawyer then “instructs” the drafter in the Office of Parliamentary Counsel who has been assigned to draft the Bill. The lawyer will describe the problem facing the government, will set out in detail all the relevant law and explain how it is inadequate to deal with the mischief now facing the government, making suggestions along the way for how the drafter might want to approach the task of drafting.  But never, never, will the lawyer offer a draft form of words, except in the most oblique way. This is not just a matter of the drafter’s amour proper. If you are going to draft something properly, you are inadequately served by someone who instructs you in terms of drafts that they have already prepared. It can stultify thinking at a crucial stage in the development of ideas.

The drafter then starts to prepare draft clauses, which becomes the start of an even more demanding iterative process as the drafter questions and challenges the instructions, as lawyers and policy colleagues in the departments comment on the drafts and as the drafter refines them as needed. Will the draft work, does it do what ministers want, should ministers be asked to “want” something slightly different? This is truly the sharp end of the legislative process. It requires a command of language of the highest order. A draft clause might look right on first reading but when subjected to critical scrutiny might be thought to have unintended and unwanted consequences.

Eventually, the clauses and Schedules all come together. The Bill is ready for introduction and its Parliamentary passage. It has to be remembered that, in the words of an old adage, “Bills are made for passing”. In other words, although the Bill must be technically correct, it also has to make sense to Parliamentarians and be an appropriate vehicle for debate. For example, the most important provisions normally come before those of lesser importance; detail is often relegated to a Schedule. One curiosity is that the title of the Bill is in practice the one decided upon by the drafter; ministers do not have the final say over the title. This is partly why the titles of UK Bills are rather flat and don’t make political points.

The lawyer assists with preparing ministers for the debates; vetting, and sometimes drafting, huge numbers of speaking notes; sitting close to ministers during the debates and giving advice on points that come up in debate and haven’t quite been anticipated in the briefing; or even just saying “it’s on page 96”. I once passed a handwritten note to my minister in a debate in the Commons’ chamber; he read it out, and all the lawyers in the house jumped up and said it was legal heresy! He took a battering and had to promise to “consider”. It was a less than comfortable conversation when he came over to me in the officials’ box (behind the Speaker’s chair) and asked “Did you write that?” Fortunately for me, I was right, but it took the authority of the Attorney General to calm the House down when the moment came for announcing the result of the “considering” at the next stage of the Bill.

Other government lawyers handle the government’s litigation. Government is the largest litigator in the country in terms of the size and number of its cases. It is likely that there will be challenges to parts of the Coronavirus legislation, that will in time be played out in the higher courts. Government litigators use for advocacy the services of counsel, who all have to be approved by the Attorney General before being able to take government instructions. The most senior advocate who regularly appears for the government is Sir James Eadie QC, the First Treasury Counsel. In fact he is not able to act for any other litigant. He was seen most prominently last year in the Supreme Court hearing in Miller 2.

Some government lawyers work on prosecuting offences falling within the remit of their departments (eg insolvency frauds at the Business, Energy and Industrial Strategy Department) but most are dealt with by the Crown Prosecution Service, a department which deserves an article in its own right.

Over time in a career a government lawyer can expect to experience the widest range of work that government offers, and to do it in several departments, working with some highly able internal policy and operational internal clients and of course ministers of different party colours. It is part of the civil service code that government lawyers are politically impartial in their work – whatever their views back home – and have to serve the government of the day loyally, whilst at the same time behaving in such a way that parties not in government at the time would feel confident in working with the civil service if they were to come to power after an election. And because ministers and civil servants are all committed to the rule of law it is easier than some might think to give the objective, frank and fearless advice that is needed. Of course, a commitment to the rule of law does not preclude fierce argument and challenge behind the scenes.

As I come to the end of this short celebration of the work of government lawyers, I am wondering two things. First, would any government lawyers who are reading this, like to contribute some words of their own in addition to what I have said? Perhaps also someone from the Crown Prosecution Service might wish to say something about its vital work? Second, would lawyers in other sectors like to write something about what they are doing to help their organisations get through these exceptionally difficult times, when huge demands are being placed on their legal advice? I am sure there are some great stories to tell. If so, I would be delighted to hear from you. 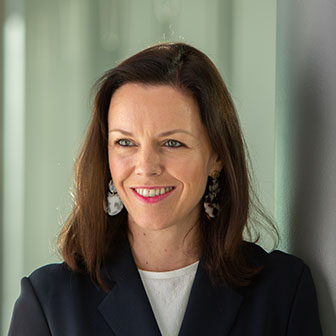