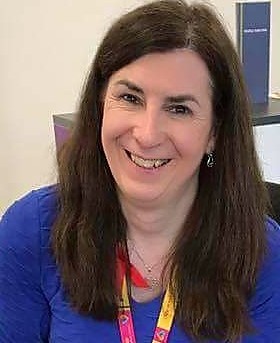 Emma Cusdin has over 20 years’ experience in Human Resources having worked for global financial services organisations.

She is currently a People Director with Aviva and is a Fellow of the Chartered Institute of Personnel & Development.

Emma is an openly trans woman, having transitioned in 2009, and she is passionate about raising awareness of trans issues.

Emma has spoken at many trans events organised by leading private sector companies.   She has been featured in the Financial Times and has written a number of blogs including for the Huffington Post and HR Zone.

Emma was a Trustee for the Gender Identity Research & Education Society (GIRES) and she chaired the National Trans Youth Conference in both 2014 & 2015.

She was delighted to receive the Positive LGBT Role Model Award at the National Diversity Awards in 2017 and she appeared in the OUT at work 2016 top 50 UK LGBT Executives. Emma also sits on the trans advisory group (called the ‘T squad’) for the start-up LGBT Insurance company, Emerald Life.

She joined Global Butterflies this year as Director and is looking forward to working along side Rachel in expanding their trans-inclusivity work to other sectors.

Emma spoke at our event - Introduction to Trans* inclusivity on the 11 July, for more information click here.